Democrat steps up to take on Huntsman
Springmeyer will run for governor
By Robert Gehrke
Article Last Updated: 03/10/2008 07:10:35 PM MDT

Posted: 6:56 PM- Bob Springmeyer, whose hobbies include the winter sport of skeleton, has hurtled face-first through treacherous twists and turns on a sled just a few inches above a frozen concrete slab.

"Probably the only thing crazier than sliding headfirst down a bobsled track at 70 miles per hour is running against Jon Huntsman," he said today.

But that's what lies ahead for Springmeyer, a management consultant from Salt Lake City who plans to file within the next week to run against the popular Republican governor.

It is, indeed, a daunting prospect.

According to a poll for The Salt Lake Tribune earlier this year, 78 percent of Utahns rated Huntsman's performance as either good or excellent. Economic growth has been strong during his term and he avoided any major dust-ups with the Legislature in the just-completed session.

"It's a state that gave him a huge vote last time. . . . He can raise money. He has high name recognition in the state, very low negatives. It's hard to calculate where any vulnerabilities would be," said Kelly Patterson, a Brigham Young University political science professor.

But Patterson says there is value in getting an opponent on the ballot, since it helps maintain the party's profile and gives voters an option so they can hold elected officials accountable.

Springmeyer, 64, a life-long Utahn and Democrat, is the founder of the consulting company Bonneville Research.

His firm has studied numerous issues, including police coverage for Riverton and Holladay cities, redevelopment in South Salt Lake and Riverdale, potential commercial development in Lindon, business licensing in Price.

Springmeyer said that education is probably his most important issue. "I've got four grandsons, and if Utah and our young people are going to be competitive in this world economy, education is Job 1," he said.

He has an appointment with Huntsman later this week, a sort of courtesy call to talk about the campaign, but he would probably not file until nearer the March 17 deadline, because he wants to "keep the campaign as short as I can."

Huntsman's spokeswoman, Lisa Roskelley, said the governor feels that he has achieved much in his first term, and has more that he would like to accomplish in another four years.

"Certainly he's taking it seriously. The governor's philosophy isn't that you run against somebody else but you run for the office," she said. Huntsman plans to file for re-election this morning.

Through today, the only candidate to file for governor was Monty Nafoosi, a Bountiful real estate developer who is scheduled for a court appearance Thursday on a charge for marijuana possession.

Nafoosi, who lists his nickname as "Millionaire" on his filing, told The Associated Press that he suffers from muscular dystrophy and police found two joints, that he uses as medicine, when they responded to a burglary call at his house.

He is running as a Democrat and says on his Web site that "Joseph Smith wanted me to tell you that there should be an electric car in every garage," and he would meet that goal in his first term.
Posted by Rob at 11:00 PM

Springmeyer has a lot of nerve talking about education funding when he has been one of the major culprits involved in diverting hundreds of millions of dollars over the years from school districts to real estate developers through RDA rip-offs.

The Democrats will be making a huge mistake if they get behind Springmeyer.

hey, here is the site i was talking about where i made the extra cash, I was making about $900 extra a month...
check it out ..

Springmeyer would be a tremendous asset in office. He will bring his knowledge on both the economy as well as the environment. I think it is great the is throwing his hat in the ring.

This is a puzzler for me.
Bob usually does a careful study and chooses the side he figures will win. However, this looks like a case of putting another feather in his cap and moving up the good old boy ladder. 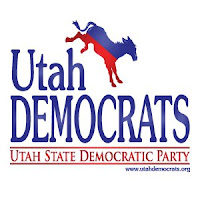